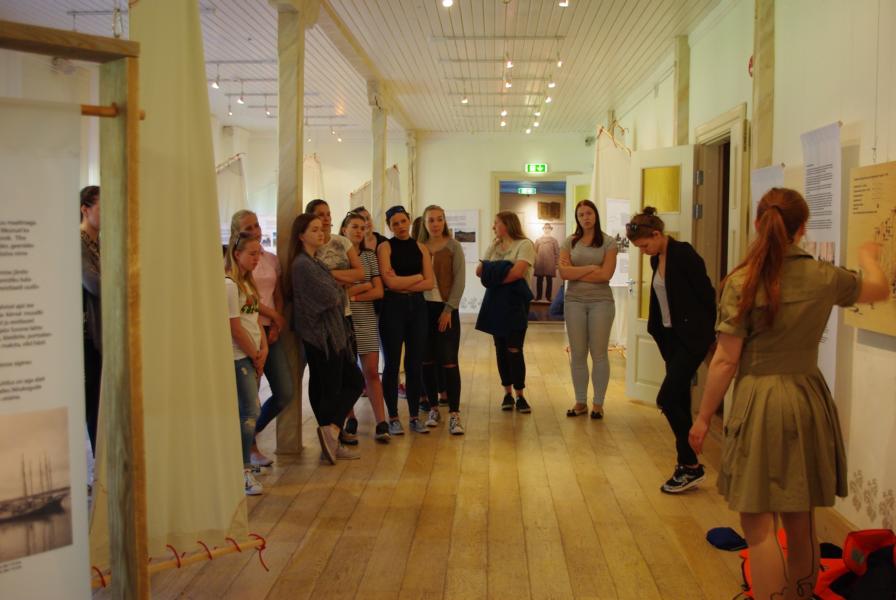 Viimsi peninsula is a place near Tallinn. It used to be a border area in the soviet time. Since 1950, when a fisherman collective farm was formed, Viimsi has been famous all over Soviet Union. In the last years Viimsi is going through quite big changes, a lot of new houses have been built, and many new inhabitants have moved in. Twenty years ago when Viimsi was quite small community, people living in Viimsi knew each other at least by name. As Viimsi was border area, all visitors and people not living in Viimsi were spotted right away. Compared to that, today Viimsi is like a small town with its 18 000 residents and many newcomers.

The goal of our project was gathering memories from people who still remember the old so-called glorious days (also ask and think about why many people tend to glorify those days), and to map how the environment has changed over time.

We started our project in the classroom where we talked about oral and visual history. What are the things to keep in mind when one is interviewing somebody? How much can one trust a photo? How does recording a past event change it? How do our own values and knowledge influence what we think is important? We also talked about students’ first memories in their life and what their connection to Viimsi is, the place they go to school.

Then we spent a day in Museum of Costal Folk, where the museum guides told us about the Kirov collective farm and border area. The museum program was mostly interactive, the students also had the opportunity to practice interviewing. The students who were more interested in taking pictures got the map with the Kirov collective farm connected buildings in Viimsi peninsula on it. Then the students had a week to find somebody they wanted to interview or go and take photos of places.

In the end, we met in the computer class to document our finds. Some transcribed the interviews, others compared the photos they had taken to the old photos they had found from the photo database of the National Archives of Estonia.

Finally, after documenting their work, the students also analysed the processes by self-reflection: what was good, what could be done better, what did I learn during the project etc.