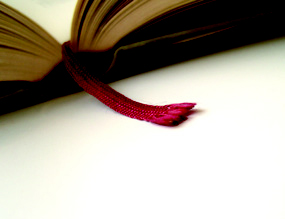 The changing of a story…

I’ve heard a few stories of my grandfather’s experiences as a soldier in the Second World War, but this one really got stuck in my head. I think my mother told it to me once and I remember it to be very dramatic and also very touching. I also considered using this story for the Once Upon Today micro project, combining it with stories from the grandparents of my Polish and Ukrainian colleges. But when I interviewed my grandpa a few months ago, asking him how he experienced the twelve years of National Socialism, I was very surprised about hearing a story that was very different from the one that I had remembered… I asked my mother again for her version and got yet another one, so I planned to contrast these three stories, showing thereby how a story can change by being told and re-told.Why did it change so much? And why did it change in this way?

I don’t presume to be able to easily answer these questions and I’d rather leave them open, so you can make up your own opinion about it. Instead of trying to find an easy explanation, I see this “story-changing” more as an inspiration to reflect upon the making of history in general and the processes that can change the face of a story into something completely different. And finally, my grandfather’s version as the “original” is also only the one he chose to tell me in that specific moment and may be different to the one that he would tell someone else at some other time…
So what really happened? Is there a way to find out? Or is it maybe more important to always be aware of the subjectivity of stories and narratives?
…and what about the stories that you’re telling?

I will leave you with these questions and won’t keep you longer from finally reading the storie(s) of my grandfather.

My grandfather was in a German army division that was being sent to Stalingrad at the end of the war. Everybody knew that having to fight at Stalingrad equaled a death sentence, but desertion was very risky and also punished by death, if discovered. Before the travel, there was an obligatory examination by a doctor, who decided which soldier was apt to fight. He examined one after the other, and when it was my grandfather’s turn he hesitated for a moment. He looked at him and then wrote in the file that he had kidney problems and could not go to Stalingrad. Both the doctor and my grandfather knew that the latter was perfectly healthy…
So thanks to that doctor, whom he had never seen before, my grandfather’s life was saved. He survived the war, met my grandma, they married and they had 5 children, the oldest of whom is my mother. We all owe our lives to that crucial moment in which the fate of my grandpa was decided.Some years ago, he did some research in order to clear the identity of the doctor to be able to get in touch with him. Unfortunately, the doctor had died only a few weeks before my grandpa had found him, so he only managed to talk to the doctor’s daughter and tell her the story of how her father saved him.

When the Second World War was about to end, my father was in an army division that was planned to be sent to Stalingrad. They were stationed in a small city in Germany, waiting to be sent to the front, when my father caught an angina and had to see the doctor. There was an orderly who examined the sick soldiers and decided who was apt to fight and who wasn’t. So when it was my grandfather’s turn, the orderly made his illness purposely look worse than it was and in that way saved my father from having to go to Stalingrad, which would surely have been his death.
Years later my father tried to contact his helper, but only reached his sister who told him that he had died a few years before.

In the last period of the war, I was a German paratrooper. The main base of the paratroopers was in Gardelegen, a small city in north-eastern Germany, where many of the soldiers were brought to in the last months of the war – from there, they were sent to the front in Verona, Italy. Normally, you only passed through the base for a short medical check and immediately continued your travel by train to Italy, but since there were many soldiers passing, people had to wait for some time. We had to stay in a cold and draughty hall and wait for a few days, only having some straw to protect ourselves from the cold. There, I caught a terrible cold with high fever and tonsillitis. The orderly who examined me had been in the same Youth Movement as I had been, and after having exchanged a few words we liked each other at once. So we became friends, and he talked to the head doctor asking him if they could keep me in the base as a help. The doctor agreed, so I was speared from having to go to fight and could stay in the military hospital, helping with the examinations by writing reports about the conditions of the examined soldiers. If it hadn’t been for this job that I owed to my friend, I would surely have been sent to the front, for there was no illness considered to be grave enough to prevent soldiers from being sent to fight.
A few years ago I tried to contact my friend, but I only reached his wife, who told me that he had died a few years ago and send me a picture of his grave.